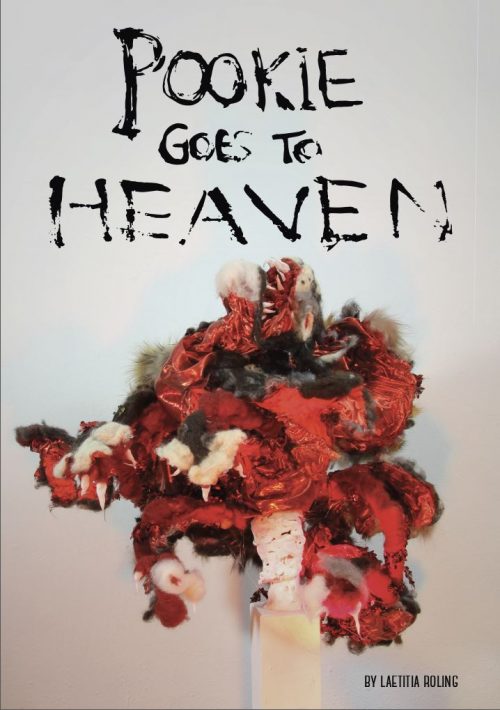 Pookie died a while ago, but she is alive in our minds. While constantly rotating on her turntable, we keep her animated. We take a look at how pookie took a journey and transformed and try to explain it, to young and old, on how her body became a housing for various critters, flooding in ever changing colors, caressed by happy butterflies who sometimes take a little bite, happy baby fish and piglet like critters took a dive in its cushiony organs. Pookie hasn’t died, pookie ascended to a new level of awareness, became a fantasy supreme unicorn, pookie became a planet of rebirth, an artifact, a construct.

‘Pookie goes to heaven’ is a multimedia art project by Laetitia Roling. In general it’s a study of her dealings with death in modern times. While perhaps recent studies have proven how religious groups are declining and society is more science driven, somehow in close-relation to death, most of us suffer from regression perhaps more than ever now that we have more tools to cover it up. Laetitia, attempts to make up the grotesque with fantasy, and believes anyone has a bit of a part of it, no matter if we live in the middle ages or an AI centered world; in anyone there’s a secret want coming up around the times of relentless loss to pray more than ever and believe in fairies.