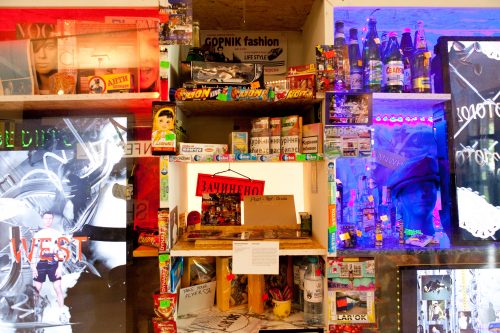 Nowadays the East is as another world to explore new aesthetics to toy with as nowhere else can we find such a collision of the West and the East. The Internet is full of slumming fascination on “ugly” eastern aesthetics, while for me as an Ukrainian it is part of our history and context. Why is there a certain aesthetic attached to the new east and why does it suddenly seem so attractive? I am answering these questions by visualising the context behind so-called “post-soviet aesthetics” as well as its existing stereotypes and whether they clash with their western perception. Object as a Lar’ok is functioning as a satirical tour on identity and cultural swapping.