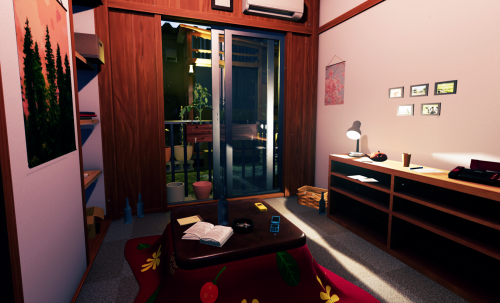 Permanent is an interactive narrative about life in temporary housing after the Fukushima Daiichi nuclear disaster. As a player, you take on the role of a reporter tasked to write an article about the situation through interacting with objects that belong to the interviewees’ and consequently uncover stories about the impact of the disaster. The stories are based on interviews and an ethnographic study done in Fukushima and Iwate (Japan), and are presented in a compressed form to share memories of the victims and contribute to the discussion on the use of nuclear energy.

Interested in Games, VR/MR/AR and Persuasion? Join one of our upcoming workshops!

Amsterdam, The Netherlands in October : http://chiplay2017.martijnkors.com