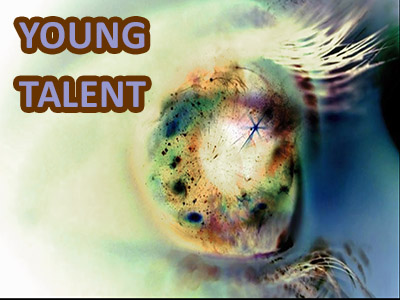 This year Manifestations presents the Young Talent Award. Since we started, it has always been one of our main objects to create a platform for the young and talented artists.
This year the nominees will show their exam-works at Veemgebouw and Bibliotheek Eindhoven.

Nice to know: most nominees are female.
This year’s nominees:

The jury (Bruce Sterling, Katja Lucas, Sacha Bronwasser) was impressed by the variety and quality of the projects selected by curator Viola van Alphen. The graduates all show great creative use of technology alongside a thorough human approach – a hopeful tendency.

We choose to award two artists that we consider to be very promising and that both pushed their boundaries in this graduation project.

Special mention goes to: Elizaveta Pritychenko, (Welcome to the Desert of the Real) for an imaginative treatment of a well-known postmodern historical concept. Her VR-version of Baudrillards ‘Desert of the Real’, which she constructed from scrap within a few months, shows a whole new, visual approach of a philosophical notion.

The Manifestations Young Talent Award goes to: Robin Alysha Clemens (Owned by No One), for its audacious preview on the future of a current crisis – identity and anonymity in an oppressive society  – ; for its thorough concept in both visual language and text; for its consistency in idea and execution. The question Clemens raises is urgent: what is privacy if one wipes out identity? The subculture she describes looks alarmingly familiar, from its looks and props down to its ideas, put in a well-executed manifesto. This combination, and the fact that she managed to organize her world with real people and a real event, makes her stand out in this competition.